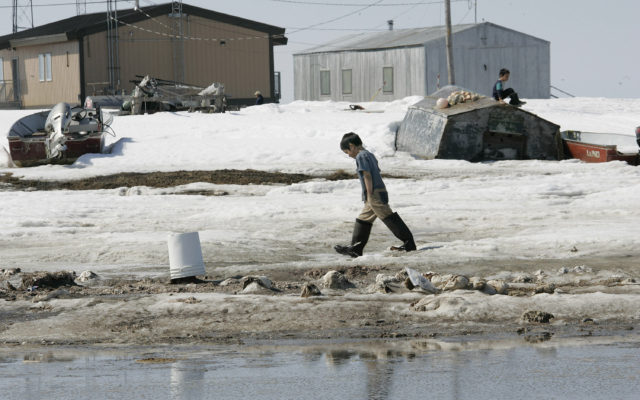 ANCHORAGE, Alaska (AP) – The top job at the federal agency tasked with coordinating the relocation of Alaska villages threatened by climate change will soon be vacant.

Alaska’s Energy Desk reports that Joel Neimeyer will step down as federal co-chair of the Denali Commission when his term expires Friday. President Donald Trump’s Administration has not yet named a replacement.

The vacancy comes at a crucial moment for the agency. In March, Congress doubled the commission’s budget to $30 million, directing it to work with villages facing coastal erosion, flooding and degrading permafrost.

The commission was established by Congress in 1998 to fund economic development and infrastructure in rural Alaska. But in 2015, then-President Barack Obama added another mission – assisting Alaska communities threatened by climate change, like Newtok, Shishmaref and Kivalina.