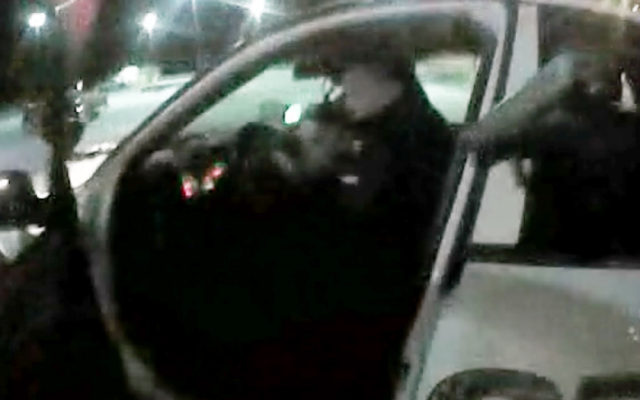 ANCHORAGE, Alaska (AP) – An Alaska police officer has been cleared in last year’s fatal shooting of a suspect who had been placed in the officer’s patrol car and managed to start driving it away.

The state attorney general’s office says in a letter to Seward police that it was reasonable for Officer Michael “Eddie” Armstrong to use deadly force in the Oct. 1 shooting of Micah McComas.

Armstrong had handcuffed McComas and put him in the back of the car after drugs were found in his wallet during a traffic stop.

McComas somehow got into the car’s front seat and tried to drive off while the officer was outside.

Video obtained by The Associated Press shows the officer was knocked down by the car. He then opened fire, hitting McComas.

The events happened in the city of Seward, south of Anchorage.