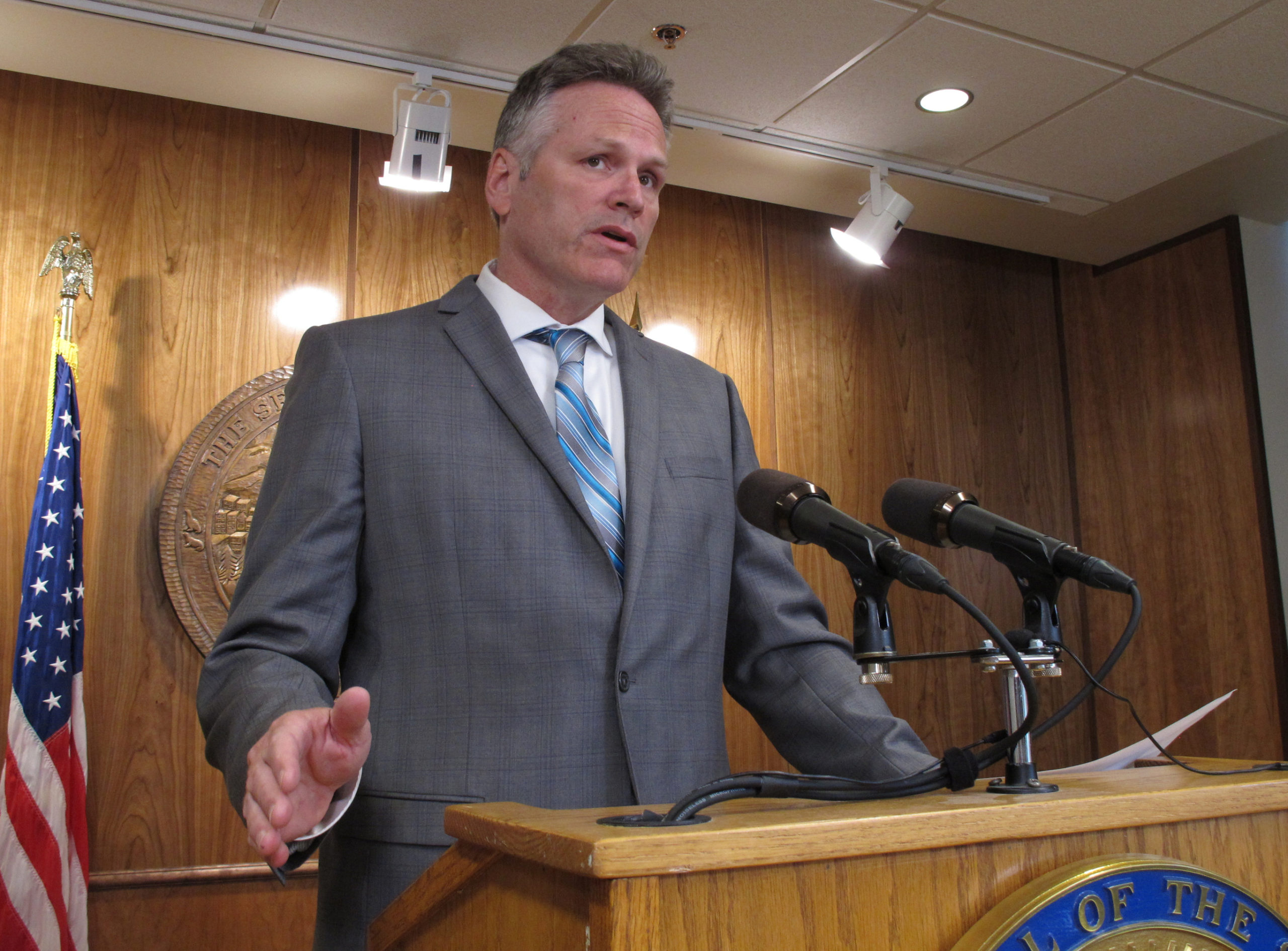 JUNEAU, Alaska (AP) — Alaska Gov. Mike Dunleavy told lawmakers late Monday he wants to work with them to make Alaska “the most pro-life state in the country,” with policies supporting families and making the state an affordable and a desirable place to live.

“Kids are a blessing and they shouldn’t be viewed as a burden. But we all have to accept that raising a family today is more challenging than when many of us were growing up,” the Republican told a joint session of the Legislature during the first State of the State speech of his second term.

He cited inflation and housing, food and energy costs, which he said were “making people think twice about growing their family or even starting one.”

He said if policymakers are successful, they will enact policies reducing the cost of living, addressing health care options and helping create jobs with wages that can support families.

Dunleavy said lawmakers have a chance this session to “change the course of Alaska’s history.” He urged action on a range of initiatives, including legislation aimed at crime and public health and efforts to promote the state, which he called a “resource powerhouse.”

The speech, delivered a week into a new legislative session, also touched on familiar themes for Dunleavy, who in November became the first Alaska governor since 1998 to win back-to-back terms. Those included fighting against federal actions seen as slowing or delaying energy development projects.

He also touted what he saw as successes of his first term, such as passage of legislation aimed at improving reading skills for students and the payment of $3,284 to residents last fall, representing a combination of the yearly dividend from the state’s oil-wealth fund and a special energy relief payment.

The checks were approved by lawmakers last year when oil was around $115 a barrel. More recently, North Slope oil has been in the $80-per-barrel range. Dunleavy is proposing a dividend of around $3,860 this year. Republican Senate President Gary Stevens has expressed concerns that the amount is too high, given obligations for other state services.

The Senate majority has expressed interest in addressing education funding and retirement and retention issues for teachers.

The 20-person Senate is controlled by a bipartisan coalition of nine Democrats and eight Republicans. The 40-member House has a 23-member Republican-led majority that includes two rural Democrats and two rural independents. Two House Republicans — Reps. Louise Stutes and David Eastman — are not in the majority or minority.

Dunleavy, in his televised address, sounded an upbeat tone and said he was optimistic about the start of the new session “because I believe that what we do now in the next four months will set Alaska’s course not just for the next four years, but for the next 50 years and beyond.”

He talked about efforts to improve food security and his proposal to monetize carbon. Lawmakers have expressed interest in learning more details about the carbon plan, which Dunleavy has billed as a way to generate revenues for the state.

Members of the Senate majority described the speech as positive. Stevens said he has seen a change in Dunleavy, whose relationship with lawmakers has been contentious at times during his first term. Stevens said he thinks Dunleavy is “more comfortable” in his role as governor and he believes the Senate can find common ground with Dunleavy.

Sen. Bill Wielechowski, an Anchorage Democrat, said he appreciated Dunleavy’s comments about supporting families. But he said he hoped part of such efforts would include measures to address affordable housing and child care, dealing with a backlog in distribution of food stamp benefits and K-12 funding.

There was a rally in support of education funding outside the Capitol before Dunleavy’s speech.

House Minority Leader Calvin Schrage, an Anchorage independent, said in a statement that his caucus is “encouraged that the Governor is focused on making Alaska a great place to raise a family.” Schrage said adding money for schools, addressing pensions for teachers and public safety officers and increasing investments in maternal and children’s health are ways to do that.