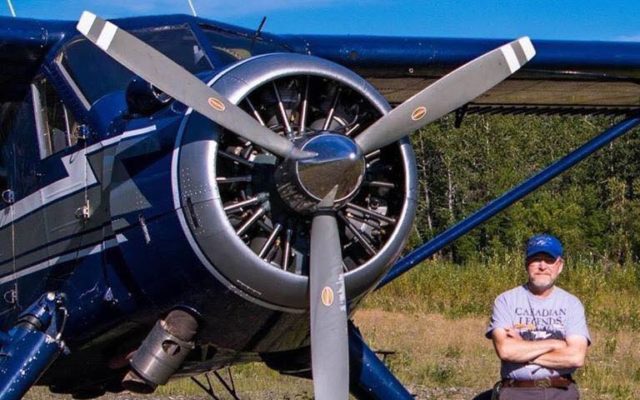 I was very sad to hear the news about a fatal crash of Regal Air’s senior pilot Carl “Dave” Oberg.

Even though he threatened to do bodily damage, David Oberg was one of the best pilots I’ve ever flown with. He wasn’t very chatty. In fact he only said one thing to me. While flying to Lake Creek Lodge with Kendell Marvel and Brad Erickson, I got to fly up front in the co pilot seat of the big de Havilland Beaver. I got that honor because I was the fattest.

When we took off I was admiring all the cockpit controls and I spotted a big red handle. I asked him what would happen if I pulled it? Without even looking at me, He said “I’ll break your freaking leg”. And that was the last time I said anything the rest of the trip. When he landed on the river that was flowing the other direction, I never even felt the plane touch the water. He was one of the best.

KTUU reported that Carl David Oberg, 67, a pilot flying with Regal Air Services at Lake Hood, died after the Cessna 206 he was piloting crashed.

Alaska State Troopers confirmed the death in a dispatch report early Tuesday morning. They were notified of the crash itself at 5:43 p.m. Monday.

According to AST, the Alaska Rescue Coordination Center responded to the area of Rainy Pass and located the plane and Oberg, the sole occupant on board, deceased.

Oberg’s body was transported back to JBER, where the State Medical Examiner took possession of his body.

So far there is no preliminary report from the National Transportation Safety Bureau into what caused the crash.