Army: No investigation into Vindman 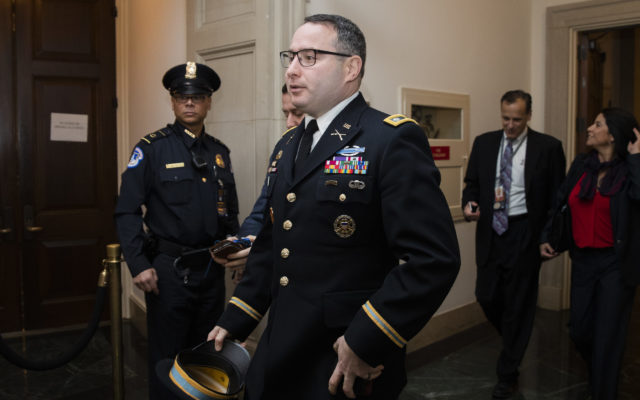 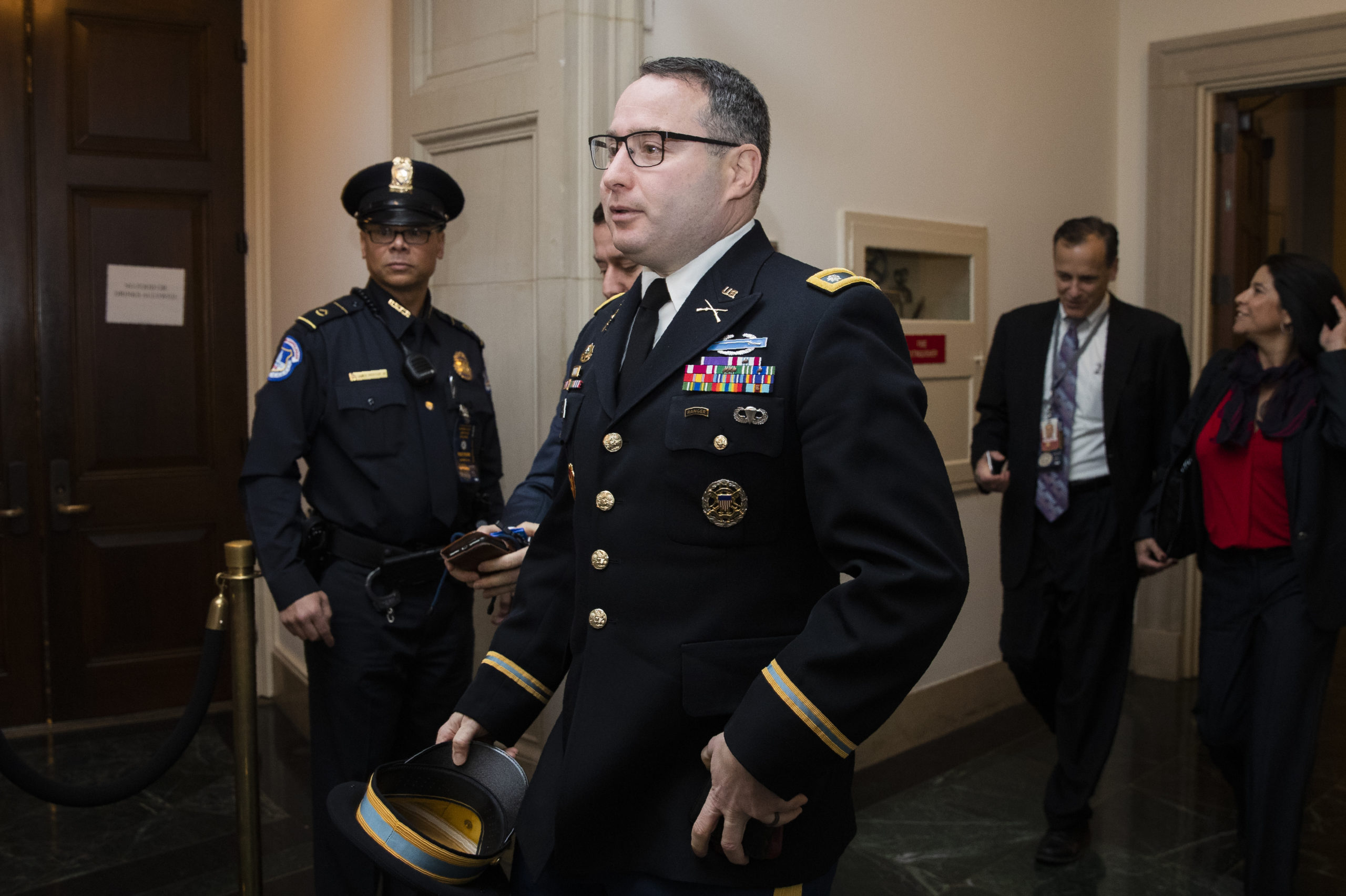 WASHINGTON (AP) – Army Secretary Ryan McCarthy says there is no investigation into the Army officer who until last week worked at the White House National Security Council and was a key witness in the impeachment inquiry of President Donald Trump. McCarthy says Lt. Col. Alex Vindman has been moved to a short-term assignment at Army headquarters until he starts a regularly scheduled stint at a military college later this year. McCarthy’s comments appear to put an end to any debate about potential punishment of the officer, who came under fire for raising concerns about Trump’s July phone call with Ukraine’s president.