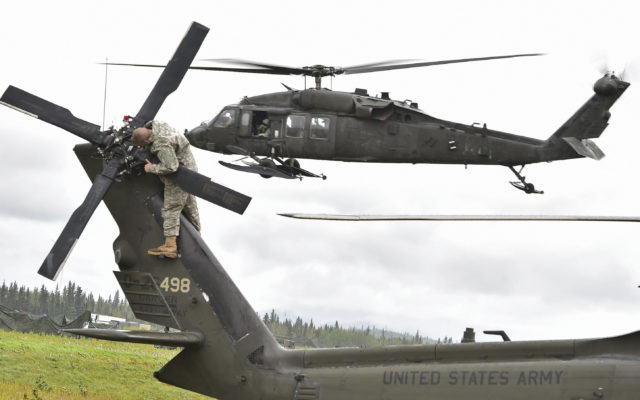 ANCHORAGE, Alaska (AP) – The highway leading to an Army training area near Fort Greely will see heavy traffic next week.

About 6,000 soldiers and support personnel will descend upon the Donnelly Training Area for a multi-national “forced on force” training exercise.

The Army says Arctic Anvil 19-01 is designed to provide the 1st Stryker Brigade Combat Team with a tough and realistic event. Soldiers from Fort Wainwright in Fairbanks and Joint Base Elmendorf-Richardson will participate.

The movement of soldiers will be heaviest Oct. 1-6 as soldiers and supporting units move south in convoys from Fort Wainwright.

Military personnel from Hawaii, Canada and the Alaska National Guard will participate.

Members of the Japanese Ground Self-Defense Force will observe.

The force-on-force exercise will begin Oct. 9 and is scheduled to conclude Oct. 21.