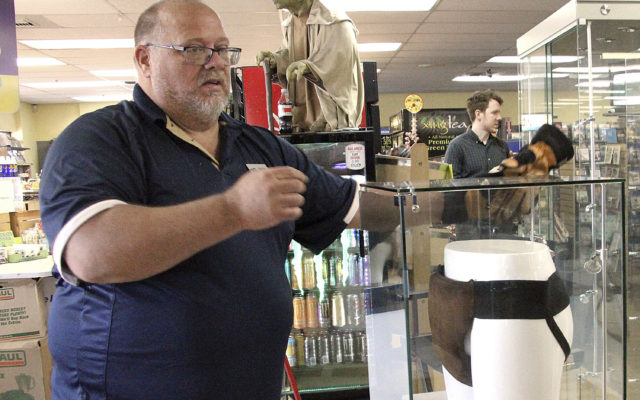 ANCHORAGE, Alaska (AP) – Everything in the Blockbuster video stores closing in Alaska is for sale, except the celebrity jockstrap.

KTUU-TV reports the Anchorage store is not yet selling the jockstrap worn by Russell Crowe in the 2005 movie “Cinderella Man” and other movie memorabilia previously owned by the actor.

The stores in Anchorage and Fairbanks closed for rentals this week and reopened for video liquidation sales.

The host of HBO’s “Last Week Tonight with John Oliver” had sent the items bought in Crowe’s auction to display in Anchorage in an effort to ramp up business earlier this year.

Owner Alan Payne says no decisions have been made on what will become of the items, noting the memorabilia will be dealt with after the last store sales are completed.
—
Information from: KTUU-TV, http://www.ktuu.com