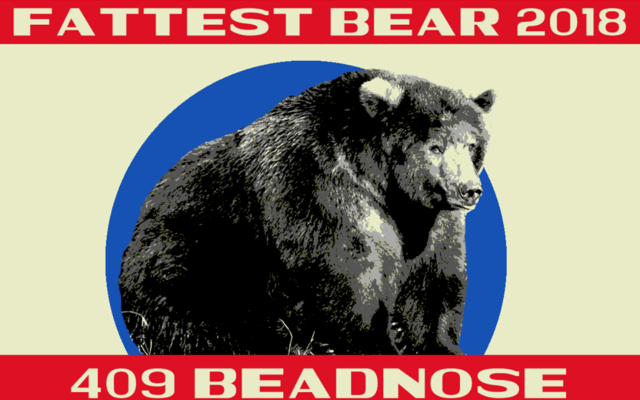 The fourth annual Fat Bear Week wrapped up with Fat Bear Tuesday and the crowning of 409 Beadnose as the biggest bruin on the Brooks River.

After this lardy lady emancipated two cubs earlier in the summer, she packed on the pounds, eventually beating out big boy 747 for this year’s title of Fattest Bear.

More than 8,000 people weighed in on Katmai National Park’s Facebook page to vote for their favorite chubby teddy in the final vote.

409 Beadnose topped 11 other bears over the last week to snag the title, including last year’s winner, 480 Otis.

Bears can lose up to a third of their body weight during the winter, so bulking up beforehand is a sign that the giants are healthy and ready to settle in for the hibernation season. Mama bears and pregnant bears tend to go in first, around October. Adult males can stay active into December.