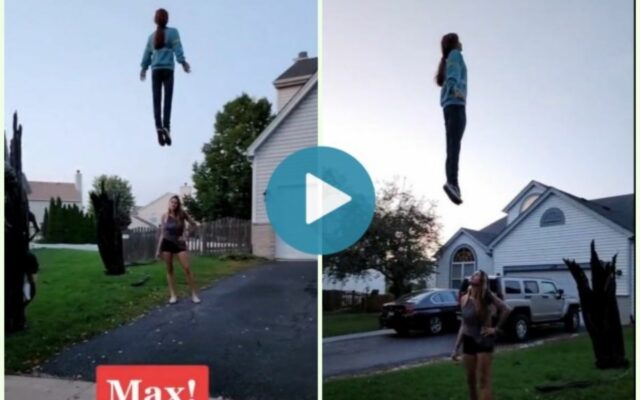 PLAINFIELD, Ill. (Video: WBBM via CNN) —
Halloween decorations are being set up across the country, but one that’s floating in mid-air at a home in Illinois has become a mystery.

Dave Appel and his wife Aubrey were inspired by “Stranger Things” for their display this year, which they started working on in August.

“There’s so many people out there who are fanatics like we are,” Dave told WBBM. “So we wanted to make something that was the most iconic scene from the show. Something maybe no one else would try and do.”

The couple’s creation shows a character from the show — Max — levitating in the air.

Dave said they’ve gotten a similar question from neighbors and viewers of a TikTok the couple made to show off their final product, which has more than 14 million views.

“The wonderment of how or like, you know, where, where is it coming from? How are they doing that?” Dave said. “It’s not drones, it’s not helium or balloons and we just felt like it was more fun to keep it under wraps — the mystery. And we didn’t even think that would be the thing.”

Neighbors near and far have been driving by just to see the display, which is what the couple says is most rewarding about all the work they’ve put into it.