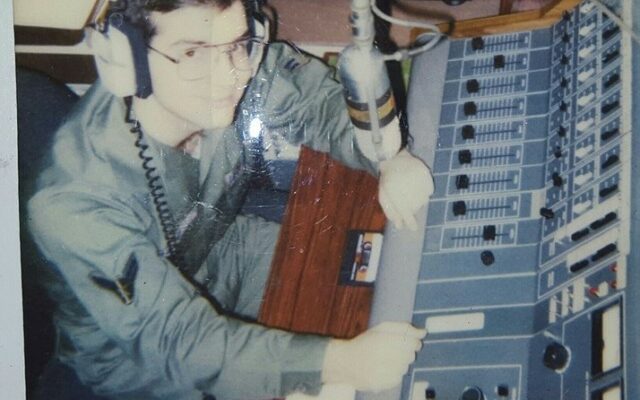 For a couple of years, I switched services and was active duty in the US Air Force. Here I was in Tokyo at Yokota Air Base. 1989-90

HAPPY VETERAN’S DAY.  Thank you to all vets, past and present, for your honorable service to our country.

I logged around 10 years of service before I picked up my Honorable Discharge and DD214, and I grew up in a military culture.  All of my brothers served in the military too.

My Dad , who passed away in 2014, served at the end of World War II.  Later, he became a civilian working for the Department of War/Defense who took his family across the USA and around the world.  I grew up in places like Guam and West Germany before the Cold War ended.

In my own military career I switched services a few times, creating an interesting ‘salad bar’ of ribbons that got more than a few double takes from NCO’s and officers.  I was an Army National Guard medic in Indiana, an active duty US Air Force Radio/TV broadcaster in Japan, and finally a US Army Paratrooper & Cannon Crewmember on Fort Richardson before it was JBER.

Not many photos exist of my time of service–cell phones and selfies were not a common thing.  But it is my honor to share with you some of the ones I have on this Veterans Day.  It was an honor and a privilege to serve.  ~Brian