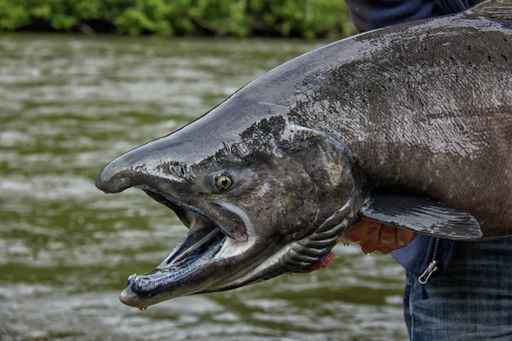 FAIRBANKS, Alaska (AP) – This year’s king salmon run on the Yukon River is on track to be the second or third worst ever recorded.

The Fairbanks Daily News-Miner reports just over 90,000 kings were counted as they swam past the Pilot Station sonar site near the mouth of the Yukon River this summer.

The Department of Fish and Game said in a recent statement that fishery managers expect enough kings will return upriver to satisfy a treaty with Canada and allow enough salmon to reach their spawning grounds.

Restrictions on subsistence fisheries will be necessary to meet the escapement goal.

The department restricted fishers to 6-inch (152-millimeter) gill nets, instead of the 7 1/2 inch (178 millimeter) size in many areas of the Yukon.