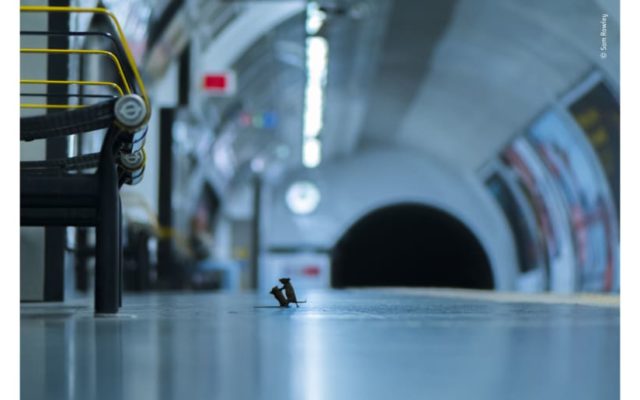 London’s Natural History Museum gives out the very prestigious Wildlife Photographer of the Year LUMIX People’s Choice Award.  This year there were over 48,000 submissions.  25 year old Sam Rowley spent days laying down on the subway platform for days waiting to catch a picture of subway mice.  He says that people gave him dirty looks and were very curious.  It’s well known the mice live down there but they are rarely seen.  His picture showing two mice fighting was selected from a shortlist of the top 25 entries.  To see the pictures of the runner ups, click here