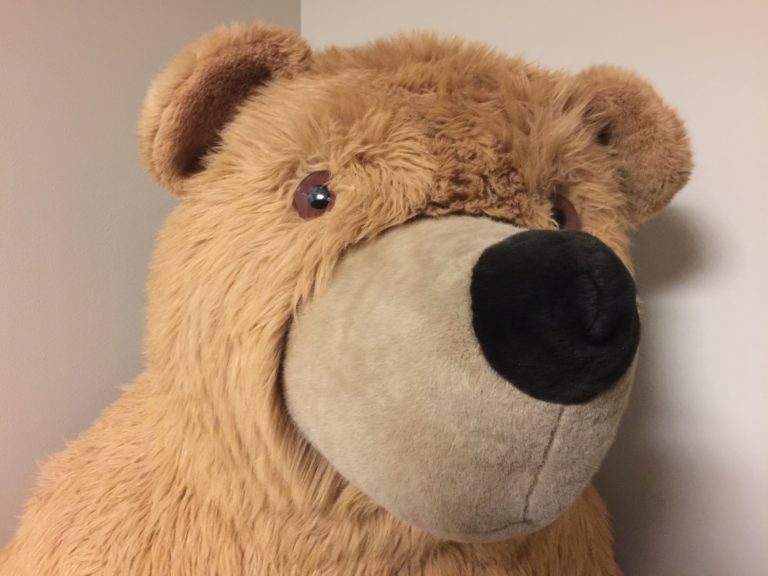 The KBEAR is our longest employee…he has been standing guard over the radio station since 1995!

He moved from Seattle where he was hibernating at FAO Schwarz until relocating to Alaska.

The KBEAR loves country music and fiercely protects the hallways and he will bite anyone who tries to change the radio dial from 104.1 FM!