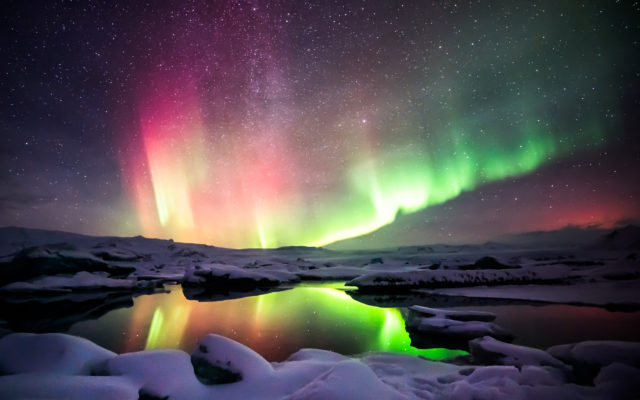 A beautiful green and red aurora dancing over the Jokulsarlon lagoon, Iceland

(CNN)   The aurora borealis will be visible this weekend in parts of several northern US states, according to the National Oceanic and Atmospheric Administration.

The light show, forecast for Saturday and Sunday, is a result of geomagnetic storm activity, NOAA says.

The northern lights are a common sight for Americans in Alaska, but over Labor Day weekend the phenomena will brush down into parts of the contiguous US, including Idaho, Montana, North Dakota, South Dakota, Minnesota, Michigan, Wisconsin, New York, Vermont, and Maine, according to an interactive map maintained by the Geophysical Institute at the University of Alaska Fairbanks.

The luminous celestial glow occurs in both hemispheres, due to electrons from the solar wind colliding with Earth’s atmosphere, the Geophysical Institute says.
The lights are visible around our planet’s magentic poles. Most commonly seen as a brilliant green, the aurora can also range from blue to pink.
The best time to see the aurora is a couple hours before or after midnight with a clear, dark sky creating the best conditions.
A similar phenomena occurred in March, when a geostorm gave those in southern Canada and the northern US a look at the northern lights. 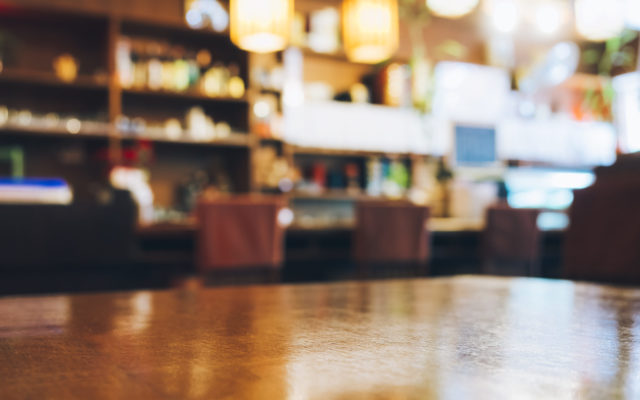 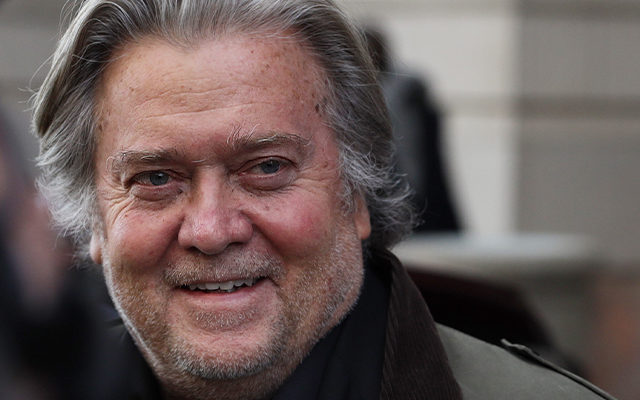 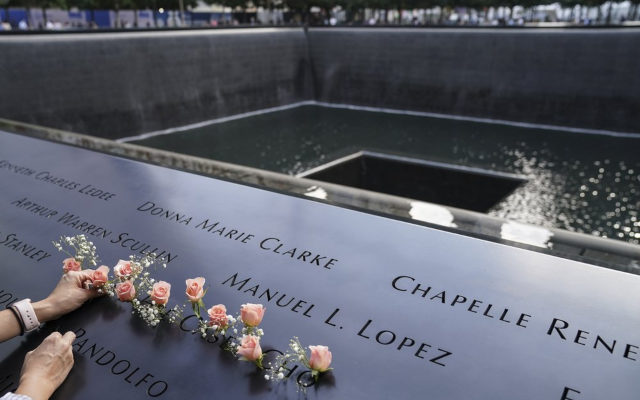 U.S. Soldier Arrested In Plot To Blow Up NYC 9/11 Memorial 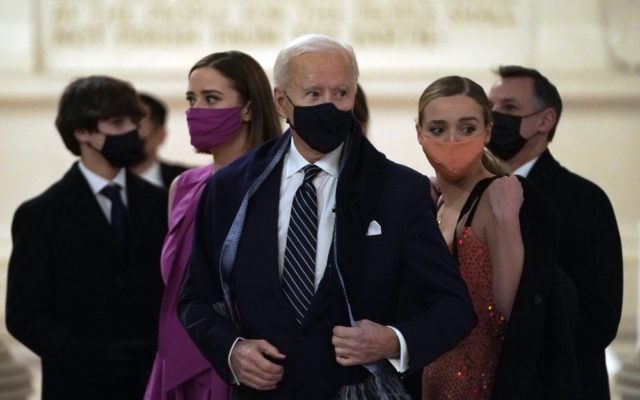 Biden To Require Mask Use To Travel

Alaska's Hottest Country
CONNECT WITH US LISTEN TO US ON