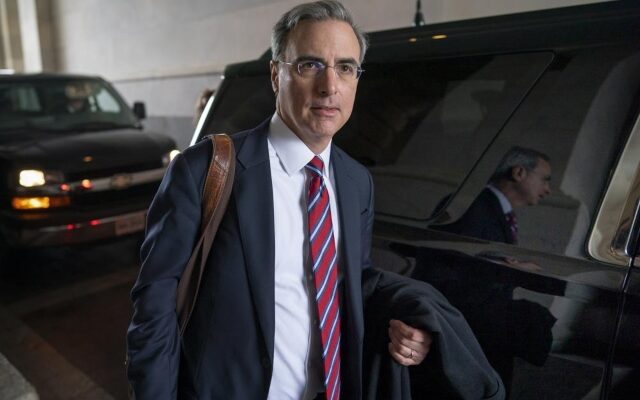 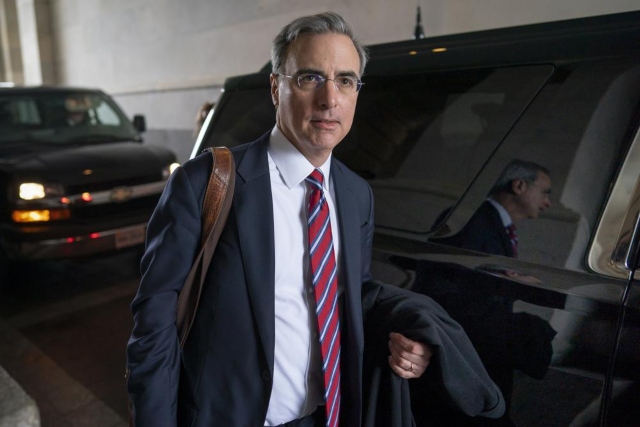 WASHINGTON (AP) — Pat Cipollone, Donald Trump’s former White House counsel, is scheduled to testify Friday before the House committee investigating the Jan. 6 attack on the U.S. Capitol, according to a person briefed on the matter.

Cipollone, whose reported resistance to Trump’s schemes to overturn his 2020 election defeat has made him a long-sought and potentially revelatory witness, was subpoenaed by the select committee last week after weeks of public pressure to provide testimony to the panel.

The person briefed on the matter, who spoke to The Associated Press on the condition of anonymity to discuss private negotiations, said Cipollone agreed to appear before the committee for a private, transcribed interview.

As Trump’s top White House lawyer, Cipollone was in the West Wing on Jan. 6, 2021, as well as for key meetings in the turbulent weeks after the election when Trump and associates — including Republican lawmakers and lawyer Rudy Giuliani — debated and plotted ways to challenge the election.

The agreement for Cipollone to speak to the panel follows last week’s dramatic testimony from former Trump White House aide Cassidy Hutchinson. The young aide to former chief of staff Mark Meadows provided the committee with a striking account of what she saw and heard in those weeks and presented lawmakers with arguably their clearest case for how Trump or some of his allies could face criminal liability.

Cipollone is said to have stridently and repeatedly warned Trump and his allies against their efforts to challenge the election, threatening to resign as Trump eyed a dramatic reshuffling atop the Justice Department.

One witness said Cipollone referred to a proposed letter making false claims about voter fraud as a “murder-suicide pact.”

But while his interview with the committee could prove to be a breakthrough, it remained unclear whether Cipollone would try to limit what he is willing to talk about. As the administration’s chief lawyer, he could argue that some or all of his conversations with Trump are privileged.

Nevertheless, the nine-member panel believes he is a crucial witness who can provide them with an even closer, first-hand recollection of the several and varied efforts by Trump allies to subvert the Electoral College, including a strategy to organize so-called alternate electors for Trump in seven swing states that Biden won. Lawmakers also said that Cipollone’s name came up in a number of private depositions as a voice of reason against efforts to appoint a loyalist as attorney general who championed false theories of voter fraud and a plan to have Trump march to the Capitol on Jan. 6 alongside his supporters.

Hutchinson testified last week that days before the Capitol attack, Cipollone warned that there were “serious legal concerns” if Trump accompanied the protesters to the Capitol, saying, “We need to make sure that this doesn’t happen.” By the morning of Jan. 6, Cipollone was urging Hutchinson to “keep in touch” about any possible movements by the president and “please make sure we don’t go up to the Capitol, Cassidy.”

If Trump did go to the Capitol, Hutchinson recalled Cipollone saying, “we’re going to get charged with every crime imaginable.” He had previously identified obstruction of justice or defrauding the electoral count as among the possibilities, she said.

While Cipollone sat for an informal interview in April, the committee has reiterated that it required his cooperation on the record after it obtained evidence about which he was “uniquely positioned to testify.”

“Our evidence shows that Pat Cipollone and his office tried to do what was right,” Rep. Liz Cheney, the Republican vice-chair of the committee, said in a hearing last month. “They tried to stop a number of President Trump’s plans for Jan. 6.”

“We think the American people deserve to hear from Mr. Cipollone personally,” She added.