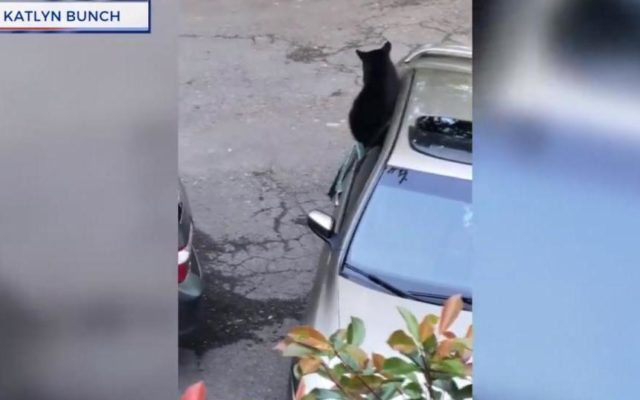 May 22 (UPI) — A Tennessee woman said the allure of fries and sweet tea led a trio of bear cubs to climb into her car and wreck the interior.

Carrie Bunch said her car was parked in Gatlinburg when the bears climbed into the vehicle through a backseat window.

CAUGHT ON CAMERA: Katlyn Bunch says she was visiting family in Gatlinburg when a bear broke out the rear window. Bunch says the bear was going after french fries that were left in the car.

“There were three bears in there at one point,” Bunch told WATE-TV. “They’re probably starving and I had a lot of fries in there because I’d just gotten McDonald’s and they got my sweet tea and they just chugged it.”

Read more about the “Bad News Bears” by clicking here