What Goes With The NCAA? Vasectomies! 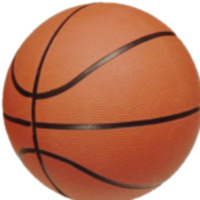 March Madness is here! Vasectomies spike by 50% during the first several days of March Madness. Dr. Stephen Jones, a urologist at the Cleveland Clinic, says men opt to get the surgery during the NCAA tournament so they can watch the games while recovering. “They need at least a day with ice, keeping the area cool. Not so much because it hurts, it really doesn’t hurt much, but it’s an area that swells very easily. So, if they’re going to spend a whole day doing nothing, it’s not hard to figure out that they’d want to do it on a day they’d like to be sitting in front of the television. There’s nothing that makes guys want to be in front of a television more than March Madness.”

Business Insider claims men are taking part in a new surgery procedure called Bro-sectomies. It involves getting vasectomies together and then recovering in luxury suites that feature liquor, flat screen televisions, posh robes and slippers, steaks and other high-end amenities. A typical vasectomy costs $500 while Bro-sectomies can cost as much as $3,250.