While We’ve Been Social Distancing, The Curiosity Rover Is Busy Taking Selfies 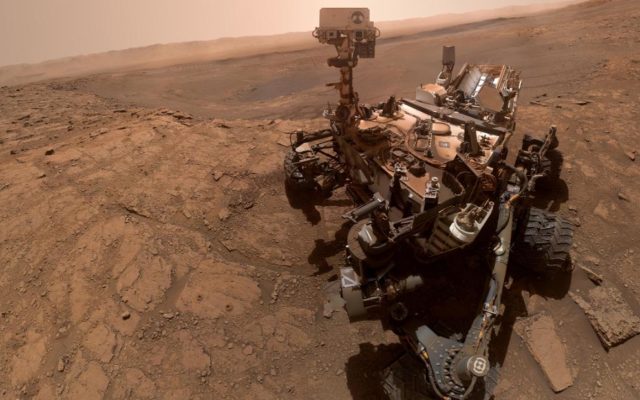 (AP)  NASA’s Curiosity rover just conquered a major milestone on Mars — and it took a selfie to celebrate the feat.

Curiosity recently finished a record-setting climb by rolling up its steepest hill to date. It’s called Greenheugh Pediment and the challenging hill created a 31-degree tilt for the rover.
Previously, the only other rover to experience more of a tilt was the Opportunity rover’s 32-degree record set in 2016.
About 11 feet before the rover reached the broad rock sheet atop the hill, it stopped to mark the moment by taking a 360-degree panorama. The rover’s cameras captured 86 images to make the panoramic selfie.