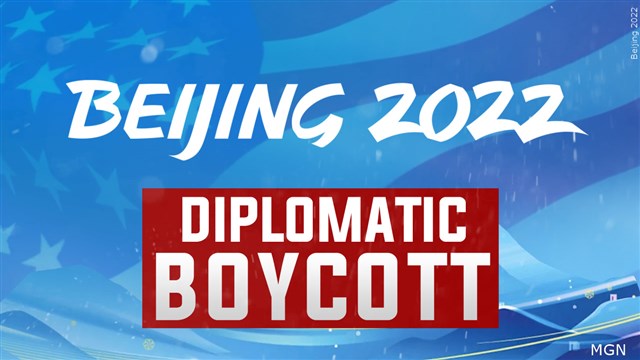 WASHINGTON (AP) – The White House says the U.S. will stage a diplomatic boycott of the upcoming Winter Olympics in Beijing to protest Chinese human rights abuses.

It’s move China has vowed to greet with “firm countermeasures.”

White House press secretary Jen Psaki told reporters during Monday’s briefing that U.S. athletes will continue to compete and will “have our full support.”

The administration, however, won’t dispatch U.S. dignitaries to attend the games.

Psaki says the U.S. has a “fundamental commitment to promoting human rights” and says the U.S. “will not be contributing to the fanfare of the games.”